About Jesus being God

Dear friends of www.savoiretcroire.ca, I was surprised at the number of people on the Web for whom it is not clear who Christ is, and to find those opposing the deity of Christ, even in a forum whose confession of faith is clearly orthodox with this regard. 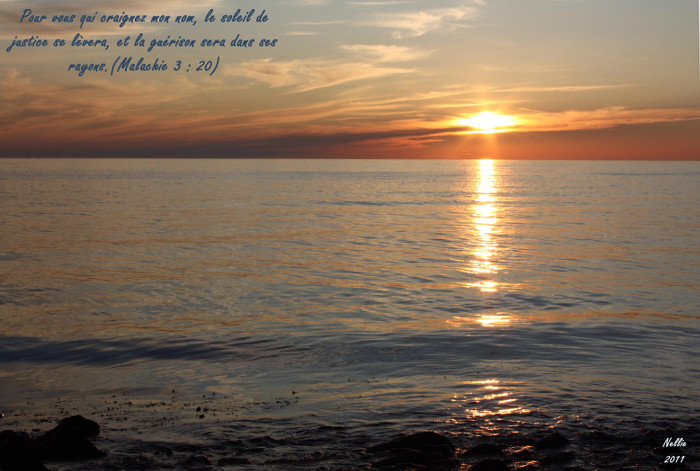 The sun of righteousness shall rise with healing in its wings (Malachi 4.2)

This led me to write a brief testimony about my understanding of who Christ is. I reproduce my response to a thread at Christianity Board Christian Forum, published under the title Defending the Trinity (posting 511 dated May 8, 2014):

«As a new Christian from 1977 to 1980 I was exposed to the Jehovah’s Witnesses (JW) teaching that Jesus could not be God because he said there were some things only his Father knew. JW also pointed to other verses where Jesus’ humanity was at the forefront. I came to a point where I no longer knew what to think on this issue, and felt I did not know to whom I should pray anymore. If Christ was not God, I was an idolater for praying to Him. If Christ was God, then not praying to Him was a major spiritual problem also. So, for two years, I read my Bible with that question in mind.

«As I read through the Bible, my focus was “Is Jesus God?” or “Is Jesus not God?” Several verses convinced me that Jesus is God, for example: Isaiah 9:6 which in NIV (2011) reads : “For to us a child is born, to us a son is given, and the government will be on his shoulders. And he will be called Wonderful Counselor, Mighty God, Everlasting Father, Prince of Peace. Of the greatness of his government and peace there will be no end. He will reign on David’s throne and over his kingdom, establishing and upholding it with justice and righteousness from that time on and forever. The zeal of the LORD Almighty will accomplish this.”

«So, in discussing the nature of God, whatever else that is said must take into account that Jesus is God, such as Thomas recognized and Jesus affirmed in John 20:28-29, again quoting from my NIV (2011) : “Thomas said to Him, ‘My Lord and my God!” Then Jesus told him, ‘Because you have seen me, you have believed; blessed are those who have not seen and yet have believed’ “.

In Christ our Risen Lord and Saviour».

Since then, I incorporated the above answer into the French version of this article to which I added substantially, thus providing a much broader view.

As I am reviewing this article some time after having written it, and provided variations of it in French and in Spanish, I would suggest the following question to be pondered: When Thomas exclaimed: «My Lord and my God!» to Jesus, why did Jesus answer: «Because you have seen me, you have believed»  (John 20.28-29), instead of redirecting him, as the angel did before John’s misguided behaviour (Revelations 22.8-9)?

You wish to get involved and discuss further about Jesus being God, please consider doing so at Christianity Board Christian Forum, checking out a thread titled Defending the Trinity, to which the above was my response.

The above mentioned Christianity Board is a huge Christian Forum with many interesting topics and people to interact with. So don’t hesitate to get involved there. But, of course, we also would like you to feel more than welcome to join our nascent (as of this writing) trilingual Community of dialog about the Christian Faith (French, English, Spanish). In addition, you may share your response to this post in the comment box below.

You may also be interested in considering the following correlated themes :

Key words: deity of Christ; who Christ is; who is Christ; is Jesus God? is Jesus not God? Jesus is God; what does the Bible say about who Jesus is? about who is Jesus?

Daniel Garneau, B Th, B Com, MA, is founder of site Savoir et croire .ca. His primary objectives are: encouraging Christians who lost hope in their capacity of living for Christ; fostering a better understanding of what Christianity is about; contributing to the dispelling of prejudices against those who openly identify themselves to Jesus-Christ in their daily lives and who dare talk about it; helping to increase the mutual acceptance between various Christian traditions who continue to hold faithfully to the Word of God.
View all posts by Daniel Garneau →
This entry was posted in Christian Testimony and tagged Deity of Christ, Statement of faith. Bookmark the permalink.