The theological perspective of what it means to adhere to the Christian Faith, or the divine perspective as opposed to the human or anthropological dimension, mentioned in the preceding section of this site was only touched upon in the biblical message titled, Croire, savoir, confiance et foi chrétienne (pdf).

As in the sections of my master’s degree thesis where my relationship to faith and truth is mentioned, the above mentioned biblical presentation does not deal with the specific contents that connect faith to the objective reality to which it responds. This gap is now filled with Habakuk – la foi au Maître de l’univers (pdf).

For a presentation of the basic constituents that disinguish the Christian faith from other forms of belief, please consult the six lessons of the course titled The Apostles’ Creed proposed by Third Millenium Ministries. Or learn about the Christian Faith through the question and answer approach of the Christian Reformed Heidelberg Catechism. 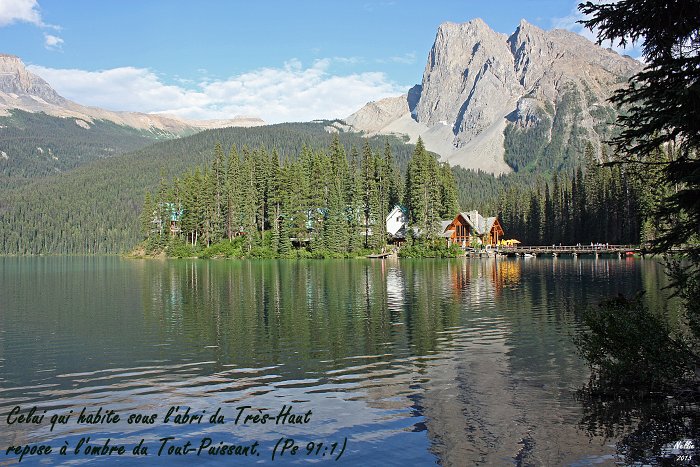 He who dwells in the shelter of the Most High
will abide in the shadow of the Almighty. (Psalm 91:1, ESV)

You are more inclined to ask questions such as “Was Jesus a real person?” “Is Jesus God?” “Are the Gospels true or are there other more reliable sources concerning Jesus?” “Was there some sort of conspiracy involved in the development of Christianity?”  “Did Jesus rise from the dead?” “Is Jesus relevant today?”  The Y-Jesus Web site presents the facts about Jesus from a scholarly perspective. Carefully reading its contents and thinking through its arguments may lead you to a better understanding of who Jesus is.

Most of the following external links are exclusively presented to the English version of www.savoiretcroire.ca. They are selected because of their contribution in shedding light on key aspects of the Christian faith that are sometimes misunderstood.

From http://www.josh.org (Video -> Why Did Jesus Have to Die?),
a series of short videos, with accompanying PDF and PowerPoint.

From David Whiting – pastor of Northridge Church, Rochester, NY – these messages provide a more comprehensive view of Christianity than the shorter videos above. They may also help lift misconceptions of how faith and doubt relate to one another:

Readers that are philosophically inclined, or that have to cope with the apparently logical arguments of people in their surroundings who do not find it reasonable to believe in God, may be interested in listening to the following presentations :

The first was part of a series that appear to no longer be available free of charge on the web. The second and third were discovered as I was searching for the former series of files. Both are complementary in their dealing with arguments brought against the validity of Faith.

Apart from what you heard so far, it remains hard for you to embrace the Christian Faith? Ravi Zachariah’s Just thinking podcasts from RZIM just might be helpful to you:

Books, tracts, sermon notes, and sermons from John Piper of Desiring God,  present Christianity from a perspective called christian hedonism, according to which “God’s passion to be glorified and our passion to be satisfied are one experience in the Christ-exalting act of worship”, and “[t]he pleasure Christian Hedonism seeks is the pleasure that is in God Himself.” (John Piper, 2003, Desiring God, Meditations of a Christian Hedonist, Multonah Publishers, Sisters, Oregon, p. 12, p. 24) :

You wish to get involved and discuss about life-related subject matters, feel free to join our trilingual Community of dialog about the Christian Faith (French, English, Spanish).