Follower or Fan of Christ?

Are we truly disciples of Jesus Christ or just person who connect emotionally with the propositions of Christianity and the nice statements it issues as mentioned in the Bible? 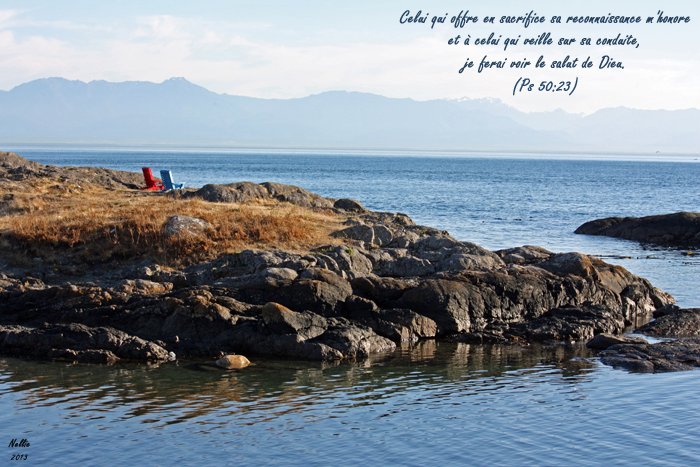 To one who orders his way rightly I will show the salvation of God (Psalm 50:23, ESV)

Follower or Fan? is the title of a post that drew my attention in the General Discussions of Christian Forum Site. I found stimulating the opening post (OP), where a forum member, who identifies himself as JohnC, says the following about the question “Follower or Fan?”:

That was a thought on one of the radio shows the other day…. Are you a Follower or a Fan?

and it got me to thinking of Facebook…. A “Fan” is someone who “Likes” a post from far away…. Not someone who shares your life with you…

Someone who hears a saying and says “Yes, I like that” or “Wow, that’s deep”… Maybe thinks about it a little afterwards…

This takes us back to Ezekiel 33:32: “Indeed you are to them as a very lovely song of one who has a pleasant voice and can play well on an instrument; for they hear your words, but they do not do them.”

We love to be fans…

And.. being a fan is also very different from being a Friend.. there’s no intimacy… There’s not the assumption that the fan has something to offer that the star wants besides money, notoriety, a feeling of importance/glory…

But… Is that what Jesus is after? Notoriety, formality, glory, and no intimacy? For us to click the “like” button whenever some scripture hits you…

Think of Luke 9:23… Then He said to them all, “If anyone desires to come after Me, let him deny himself, and take up his cross daily, and follow Me.

Then another member of Christian Forum Site, one who goes by the nickname of “boltardy“,  posted a response that begins with the following words :

I’d put myself in another category which I’d call struggler […].

This led me to write the following response to the question “Follower or fan of Christ?”, reproduced below, as posted, except for the correction of typos or language glitches, and some expansion, wherever I felt it helpful in clarifying the meaning of this short testimony:

A struggler, that is how I perceived myself for many years as a Christian going to Church, reading the Bible, serving God, and doing my best most of the time to obey God. Then I really got discouraged, so I kept going to Church, but got less involved in Christian service, Bible reading, prayer…

I became a Christian in 1977, and would have defined myself as a struggler, until bout 2007, although from 1977 to 1987 or so I was intensely involved in Christian growth and service, and really felt that my heart strove after God. Then, in 1987, I broke and stayed broken until 2007.

Many times I thought: “I have no one else to turn to but Christ, yet I am not sure I understand what it means to truly follow him.”

To sum up, from 1977 to 1987, I was a struggler with hope that God would somehow fix my life one day and make it as He wanted it. Then, from 1987 to 2007, I was a struggler who was gradually losing hope until I became quite convinced that I would never get anywhere spiritually.

Year 2008 was a turning point. That is when somehow the Spirit of God showed me I had to repent from one sin I had let myself slip into, and that was creating guilt, and hindering my ability to live a joyful Christian life. Since then, I have generally been experimenting joy and peace.

Which brings me to the Opening Post about being a fan or a follower of Christ. One of the things that struck home for me in 2008 was that Christianity is not about how well I am successful in doing what I understand from the Bible that I should be doing.

NO! Not at all! Instead, Christianity is about trusting Christ for having justified me and empowered me to live as He wants.

So when I sin, I confess, and I trust God that I am forgiven. Forgiveness does not occur once I have forgotten my grief over sin… Not years later. Not months later. Not weeks later. Nor does forgiveness happen days later, hours later, minutes later.

Instead, forgiveness has occurred when Christ died. And it does take place now, at the very instant I appropriate it, for the first time, or reappropriate it in any given situation. Forgiveness occurs here and now, wherever and whenever I kneel before God in recognition of His authority in all areas of my life including the one I just understood I needed to turn away from.

Now, many Christians live a life where they try their best to do what God teaches in His Word. That was my case. That was my problem too. From 2008 and forward, I found it much easier than before to rely on Christ for His righteousness and His forgiveness. I came to realize that the enemy of God could attempt to convince me that I was unable to obey God based on past failure, but that, as Christ’s co-heir, I could call upon my Father to send armies and set me free from any prison where I might be constrained. So this was of great help to me.

Being a fan is not so difficult as being a follower. Followers do struggle sometimes. But an outcome of following Jesus Christ, the King of the Universe, is real joy and inner peace… Never perfectly here on earth… Never without glitches here and there… Yet real joy, and real peace…

You are interested in reading this post in its original context? You would like to read for yourself what more was said in this thread by OP author and other forum members? Why not visit Christian Forum Site, and navigate to the General Discussions and to the post Follower or Fan? opened by JohnC. on Dec. 1, 2014.  I encourage you to do so.

Or Perhaps you would like to add your own contribution to this topic and others like it. Then, why not sign-up and then login to Christian Forum Site? Make sure you take the time to read their statement of faith, and respect forum rules, and then you will be able to participate in whatever discussions seem interesting to you.

You don’t know where to start from, and you like what you have read so far at www.savoiretcroire.ca? Then you might want to follow the threads that I found interesting, and read how I responded to them. My Forum member name  is DanielGarneau. Choosing the Postings tab there will allow you to view my postings.

You wish to get involved and discuss further about the above topic, please consider doing so at Christian Forum Site. I will be happy to engage with you there. You may also join our trilingual Community of dialog about the Christian Faith (French, English, Spanish), or simply leave your response to this post using the comment box below.

Daniel Garneau, B Th, B Com, MA, is founder of site Savoir et croire .ca. His primary objectives are: encouraging Christians who lost hope in their capacity of living for Christ; fostering a better understanding of what Christianity is about; contributing to the dispelling of prejudices against those who openly identify themselves to Jesus-Christ in their daily lives and who dare talk about it; helping to increase the mutual acceptance between various Christian traditions who continue to hold faithfully to the Word of God.
View all posts by Daniel Garneau →
This entry was posted in Christian Testimony and tagged Accepting God's Forgiveness, Forgiveness through Christ, Freedom in Christ, God's Forgiveness in Christ, Repenting from sin, Turning away from sin. Bookmark the permalink.