Loving with opened eyes is loving a person for who she is in reality, instead of loving her as we would like her to be according to our imaginary world based on personal preferences. This is far from always being obvious.  I came to realize that I sometimes had a tendency to project upon others the qualities I would like to find in them. I observed this with regards not only to individual persons, but also to groups in certain periods of my life. When I am disappointed with such expectation toward a person or a group, I begin to feel a sort of inner turmoil which is difficult to describe. 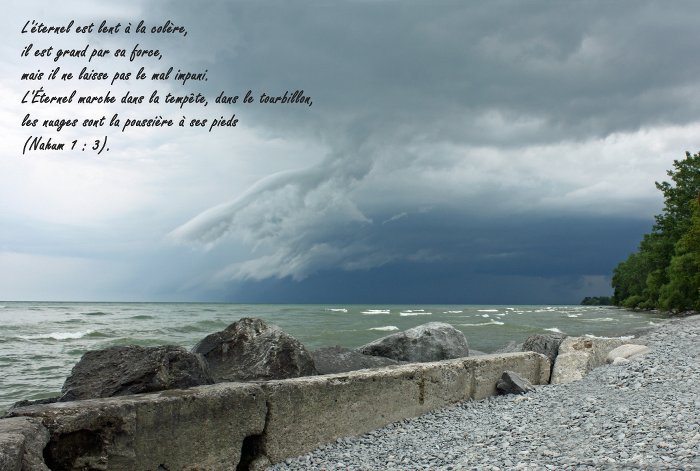 In this article, I would like to share with you what I have learned from such a struggle, and how it led me to review how God should be my all in all. To do so, I will invite you to ask yourselves such questions as the following: Is it the image of a person that you love? Do you love the person for who she is really? Do we love the image of Christian leaders? Is it the image we create for ourself about a group – Christian or not – that we love? And I will close with a challenge to love not with folded eyes but with eyes wide opened.

Loving with opened eyes or loving the image we form of a person?

At times – and it took me many years to come to this understanding – I have observed that I come to new relationships attributing to certain persons the qualities I would like to find in them, without them necessarily having these. I then appreciate these persons in part because I perceive them through the filter of the virtues I am supposing they have.

When I come to realize that they do not own-up to these personal characteristics, I begin to experiment a feeling of deception. Pleasant emotions are replaced by unpleasant ones. Instead of wanting to be with such a person or of hearing her advice, I shift into a mode according to which I no longer wish to find myself in the presence of that person.

Do we love people as they really are?

The above reflection led me to understand the importance of loving others for who they really are instead of loving or hating the image we create of them for ourselves. This in term led me to formulate for myself the maxim «loving with opened eyes» or, perhaps I should not shy away from the formulation «loving with eyes wide open», even if it is the title of a film that has little to do with what I am talking about here, the expression does.

I used this maxim or leitmotiv «loving with opened eyes» as a guiding principle to think through my expectations and dispositions toward other people, and the conditions with which I engage or refuse to do so in true Christian love, in love with a capital A.

Loving with opened eyes – or with eyes wide opened – means loving a person bearing in mind (and heart, as it were) who she really is rather than how I want here to be. This entails accepting that even the most legitimate of my expectations might not be met. For example, when a teacher does not master what he is mandated to teach me, or when a mentor lacks sensitivity towards my outlook on life.

Loving the image of Christian leaders we create for ourselves?

I realized eventually that something of that nature had occurred to me with regards to  my relationship with the very first Christian leaders God had placed in my life as mentors or as guides in my first few years of growth in the Christian life. I was expecting them to be incarnation of the Christian values, the foundations of which they were transmitting. My admiration for them was quenched when I came to realize that they were in some ways or others falling short of some of the so very important truths they were teaching.

My perspective today is to try to be of as much help as possible to people who prove themselves to be wanting in key areas of their lives, no matter their role in the Church.

Loving our own image of a group – Christian or not?

In the context of this reflection about loving with opened eyes, I also came to realize, bit by bit, that I sometimes projected to entire groups the qualities I wanted them to have. It is the same whether they be major collectivity as the Evangelical Movement in general or tiny gatherings of twenty or a subset such as a local church or a tiny Bible study group.

The principles at work are the same whether these are secular or religious groups. I sometimes understood the groups to which I belonged in terms of my own needs in relationship to this group instead of understanding who the people of these groups were. From whence I came to realize that yes sometimes we our loving the image we create for ourselves of a group instead of loving the people who are in it as they are in reality.

Loving, not blindly, but with eyes wide opened!

The present reflection led me from a love that we sometimes call «blind» to a love that makes room for the full conscience of who is the other person. This means not to exclude whatever tendencies a given person before us might have that might be unpleasant to us or aggravating to the environment we are comfortable and familiar with.

The most surprising aspect of what I am trying to describe in the present article is this. I am now under the impression that God at last granted me what I prayed for years back. That prayer – based Ephesians 3.14-21 – was that I may become able to love in truth.

The leitmotiv « loving with opened eyes », or «with eyes wide opened» led me toward this way of being and preserves me in this pursuit. One that in years past was beyond me. What seemed beyond my ability to understand and to live is now part of my life. This, as it seems to me, is a result of  what I sometimes call spiritual integration, meaning the coming together of several aspects of Christianity that it took me years to finally grasp. Jesus loves us with opened eyes so that we may love others with our eyes wide opened.

This article is also available in its original French version, Aimer les yeux ouverts ! It is itself drawn from my autobiographical essay, Dieu et moi, © 2013-2015, available in a PDF version free of charge under Qui suis-je ? of Savoir et croire .ca.

You wish to get involved and discuss about life-related subject matters, feel free to join our trilingual Community of dialog about the Christian Faith (French, English, Spanish). You are also welcome to share below some aspect of your hard-gained life experience.

Daniel Garneau, B Th, B Com, MA, is founder of site Savoir et croire .ca. His primary objectives are: encouraging Christians who lost hope in their capacity of living for Christ; fostering a better understanding of what Christianity is about; contributing to the dispelling of prejudices against those who openly identify themselves to Jesus-Christ in their daily lives and who dare talk about it; helping to increase the mutual acceptance between various Christian traditions who continue to hold faithfully to the Word of God.
View all posts by Daniel Garneau →
This entry was posted in Christian Testimony and tagged Forgiveness, Love, Loving. Bookmark the permalink.