Why is it that, from the pages of the same Bible, Christians come to convictions that diverge from one another? ask some to themselves, on the web, and elsewhere? Why is it that when different people ask the Bible the same question their answers are not identical? Should this be so? Or could we expect the Bible to yield a single answer to any given question one might expect to draw from its pages and from the writing or teaching of those who have studied it with the most astute of competences? The first part of this article will attempt to answer why this is so, the second part, what to do about it.

1. Why the varying interpretations of the bible?

From my perspective there are many factors involved in the fact that not all readers or students of the Bible come with the same answer to the same questions.

1.1. Having to Bear with Imperfect Skills and Background Knowledge

First, we have not a perfect knowledge of the culture and languages of Bible times. Second, even when the actual knowledge does exist, not everyone knows of it, or knows of it entirely, or understands it with an absolute degree of perfection. 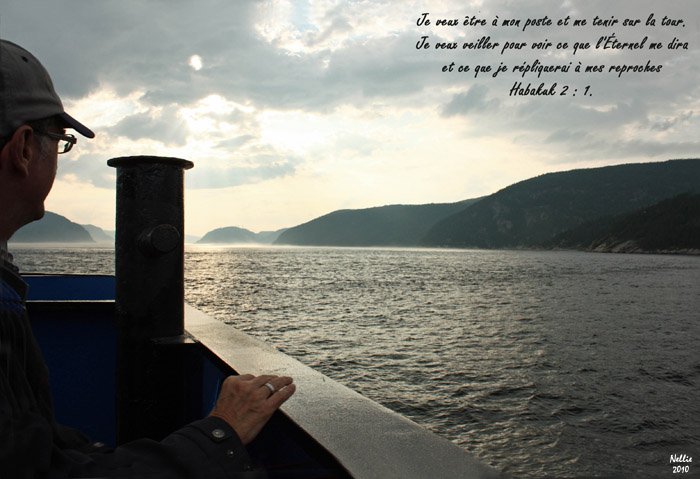 I will take my stand at my watchpost, and look out to see what he will say to me (Habakkuk 2.1)

1.2. Giving Priority to Culture, Christian Heritages, or the Bible

There is also a set of reasons why we do not all come out of the Bible with the same answers to the same questions: not every one approaches the Bible in the exact very same way. There are those who believe that only some parts of the Bible are valid for us today, but they give higher credence to Christian heritage and culture in interpreting what the Bible means for their current situation and context. Others take their own cultural setting and Christian heritage into account, but consider that everything the Bible has ever said is true and should be given a higher degree of authority than the rest.

If one prioritizes the cultural premises of his day and of the place where he lives on earth, he or she will come-up with a certain set of conclusions. If someone, on the other hand, considers that the Christian tradition inherited from her or his family’s adherence to a Church as being at the top of what deserves to be trusted, above current cultural trends, or even above what the Bible itself says on a given issue, this would justify in their eyes yet a very different set of convictions than for the previous person.

There are also those, on the other hand, who considers that the Bible has priority in the value of its truth-statements. Yet at the same time, they also consider that the Christian heritages to which we still have access today can shed a fair amount of light on how certain Bible difficulties could be understood. These would weight what is brought to bear by such heritages onto their understanding of what they understand from the Bible. In addition, they may also want to look at what the culture brings to the table that is helpful to understand what the Bible and what the Christian heritages tell us. And then, having weighted all these, such a person would be able to answer both culture and tradition from what the Bible says, sometimes agreeing with them, sometimes not. Conclusions here would not be identical with those who allow culture to prime on their interpretation of the Bible, nor with those who concede priority to Christian heritages.

My articles under Theological Analysis develop this latter reason as to why we do not all come up with the same answer from the same Bible. Evaluating Theological Statements and Practices thoroughly explains how to apply and work with these concepts, while Understanding Culture and Responding from the Word provides an example of how Tim Keller applies this to what, from memory, I believe he calls the literature of suffering.

1.3. Not Wanting to Yield Oneself to What can Easily be Understood

But there is yet another completely different set of reasons why we do not come up with the same convictions when looking at the Bible with the same set of questions: some of us find the Bible so disturbing that we barely look into it. Many people today criticize the Bible as if it were a book of old tales without anything important to tell us, because they don’t want to yield to what is otherwise easy to understand, when one actually reads it.

2. What to do about the varying interpretations of the Bible?

Integrating all of the above reasons why the Bible does not always yield the same answer to the same questions into a comprehensive view of biblical hermeneutics, a distinction must be made between primary and secondary convictions in matter of biblical interpretation among Christians. In a nutshell, it is essential to bear in mind that some of our beliefs our extremely important because of their consequences in people’s lives.

For example distinguishing whether Jesus is or is not God determines at least in part whether one is or is not truly a Christian, so it is essential to know where one stands with regards to this. On the other hand, whether one adheres to the charismatic or pentecostal perspective is clearly of chief importance, but it does not distinguish in and of itself between whether one is or is not a Christian, so while important it is not as vital. Third example , the way a given group of churches makes its decisions is important, but not to the same degree as the previous two. Finally, there are many practices in church groups, local churches, and person’s lives that are related to preferences. It should be borne in mind that these are far from being as important as the previous three examples.

Showing the relationship between varying levels of convictions and providing examples from different denominational contexts is what the French language version of this article Convictions essentielles et secondaires adds to the preceding one. Also, the Spanish version of it, Convicciones esenciales y secundarias, deals with the same set  of preoccupation, but from a slightly different angle.

So, if you are able to read all three of these languages, you might draw something complementary from the French, the Spanish and the English version. This was not intended, but is due to the way in which this site developed. However it does illustrate the point I am making within this article. We can learn from what others have said from their perspective instead of being obfuscated by the different light they bring on things.

You wish to get involved and discuss about life-related subject matters, feel free to join our trilingual Community of dialog about the Christian Faith (French, English, Spanish). You are also welcome to share a response to this post in the comment box below .

You may also communicate with me through indications from Questions or Comments.

Daniel Garneau, B Th, B Com, MA, is founder of site Savoir et croire .ca. His primary objectives are: encouraging Christians who lost hope in their capacity of living for Christ; fostering a better understanding of what Christianity is about; contributing to the dispelling of prejudices against those who openly identify themselves to Jesus-Christ in their daily lives and who dare talk about it; helping to increase the mutual acceptance between various Christian traditions who continue to hold faithfully to the Word of God.
View all posts by Daniel Garneau →
This entry was posted in Conviction and tagged Bible, Christian Denomination, Christian Faith, Denomination, Denominational affiliation, Faith, Statement of faith, Word of God. Bookmark the permalink.