Can Married Couples be Restored?

Can married couples be restored? Can God restore old broken married couples? What about Christian couples struggling in situations where they see no exit? My answer: assuredly! My wife and I spent a number of years in a situation that could too often have been described as more painful than joyful, yet we both remained faithful to one another. 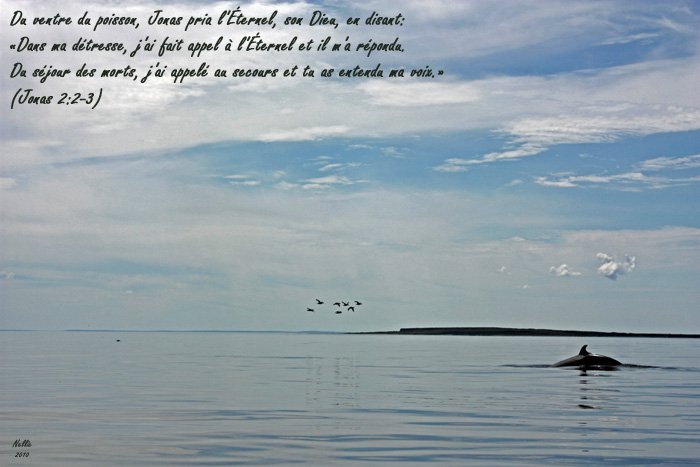 I called out to the Lord, out of my distress, and he answered me (Jonas 2.2, ESV)

In fact, without knowing it, we were trying, as many do, to fill through each other the unanswered needs from our past. This is often the case, for intimate relationships tend to reactivate childhood wounds in need of being healed. According to the therapist Hartville Hendrix’s Getting The Love You Want, it is in the context of a real commitment to each other that those wounds can be healed, as we have also experimented ourselves.

This has been far from obvious though. For a long time, we tried very hard to get things fixed, but somehow never seemed to succeed. After a while, we just let go of the issues that bothered us, and both agreed to disagree about our perceptions, no longer really trying to convince the other. We just lived side by side as best we could while we focused each on our own responsibility before God. I then discovered some of the relational patterns that I had developed when I was young, and on the basis of which I was still interacting; I began to replace these for more effective strategies. It was a first step.

At the same time, about ten years ago, I was asked by my supervisor to hire someone to replace me on the specific job I had been hired to do for my employer, because I wanted to take other responsibilities at work. As it turned out, I trained this person, and worked alongside her for six months. She was a Christian, from a different branch of the Church than ours, and we had some very interesting conversations together.

She was one of the means God used in my life to think through what the basis of my faith had been. This led me to identify one specific area of my life I had let myself slip into. The Holy Spirit of God made it clear to me that He wanted me to repent from it – no later than right now! The impression left on me by this realization was so clear that I became convinced I needed to make a choice right there and then. So I did, immediately. From then on, the guilt that had greatly burdened me, and indirectly affected my relationships, completely disappeared. I was freed from it, liberated as if from a rush of wind from God.

What followed was a series of steps where I went from the position of one who feels a victim of circumstances, as if a prison of a spiritual nature encased me, to one who knew he was God’s son, a prince under the authority of Christ, co-heir with the King. It became clear to me that I could call upon my Father, and receive answers to my petitions in resisting whatever temptations were before me. I am not saying here that I became sinless. What I am saying is that I became a warrior against the forces of darkness – as I had been in earlier years. I remembered who I was in Christ, and I began to be much more efficient in turning immediately to my source of strength for fighting sin.

These changes became the basis for a new outlook in my relationship to my wife. She saw the changes that had occurred with me. I also began to pray God for her every time she did or said something that I did not like. I began bathing her in prayer, until one day she told me she felt loved and accepted. Our relationship then took a completely different turn. It must be specified that in the mean time, my wife was also going through experiences of spiritual liberation of her own. This allowed her to welcome the renewed person I had become, walking along with me anew, closer than we ever had been.

Our adult children – who were no longer living at home at the time, and both had careers of their own – began teasing my wife and I. Eventually – within the same year – they  began saying things like: “Mom, dad is courting you! Don’t you see it?”.  A little later they began to teasingly accuse us of suffering from blind love ! A good problem, isn’t it? : “You are really strange parents, they said jokingly. It seems as if you both believe the other has no defects or shortcomings of any sort. You are like young lovers who just met.

Up to this day, my wife and I still enjoy a very good relationship for which we thank the Lord.  So when I say to anyone I feel the joy of Christ, and His peace within me now, these two events related just above are always in the background of my mind and heart.

People in our Church who have known us for many a year began to say that the changes they saw in us as couple have encouraged them greatly in not losing hope that God can work in their lives too in ways that they had began to despair would be possible.

Reading through the epistles of Peter, paying close attention to First Peter 5:6-11, it strikes me that the prowling evil-one tried to destroy both my wife and I, and, through us, our entire family, yet he failed. God prevailed. I am thankful to my Father.

As I conclude this article, I am raising my heart in prayer on the behalf of all who struggle in their marital relationship, and might be tempted to adopt a despairing attitude.

I pray God to use this testimony for providing some measure of hope to suffering couples. Are you amongst them? I am praying that the Holy Spirit will perhaps lead you to the right people, or that He will bring home to you some passages of Scriptures, in such a way that it will help you understand your own situation in a better light. I am praying that He will enable you to trust Him to set things right in your own heart, so that you will know how to restore whatever needs to be, both in relationship to your spouse and to your God. I pray that you will want to do whatever needs be done with this regard.

I first published the above testimony, December 10, 2014, on Christian Forum Site, under Forums –> General Forums –> New Members Welcome –> New to group… how much help has this group been to you? It has been adapted to better suit its present context, and amplified to provide a richer human dimension to what occurred spiritually.

Relying on God helped you getting through situations that seemed desperate at times or this article was helpful to you in some ways,  feel free to let me and others know of it.

You wish to get involved and discuss further about the above topic, please consider doing so at Christian Forum Site. I will be happy to engage with you there.

We also would like you to feel more than welcome to join our nascient (as of this writing) trilingual Community of dialog about the Christian Faith (French, English, Spanish). Or, you may simply share some aspect of your hard-gained life experience in the box below.

Daniel Garneau, B Th, B Com, MA, is founder of site Savoir et croire .ca. His primary objectives are: encouraging Christians who lost hope in their capacity of living for Christ; fostering a better understanding of what Christianity is about; contributing to the dispelling of prejudices against those who openly identify themselves to Jesus-Christ in their daily lives and who dare talk about it; helping to increase the mutual acceptance between various Christian traditions who continue to hold faithfully to the Word of God.
View all posts by Daniel Garneau →
This entry was posted in Christian Testimony and tagged Faith, Forgiveness, Holy Spirit, Love, Love of God, Loving, Married life. Bookmark the permalink.