God’s Grace Working in my Life

This article is a personal testimony of God’s grace working in my life. It was written down spontaneously, as I took part in the Christianity Board Christian Forum community. I had felt led to write my testimony of conversion to Christ from the perspective of God’s intervening in several sets of circumstances throughout a period of several years. I’ll just share some chunks of my testimony here, skipping huge portions.

One day, sometimes in the 1970’s, I read in the Bible that God will reveal Himself to those who seek Him. So I prayed that if He existed, he revealed Himself to me.

At another time, as I had read the Bible a little bit, trying to understand it as best I could, I read that God wanted all men to be saved, and also that any prayer we made according to His will, he would answer…

At some other time, while hitch hiking from Calgary Alberta to Vancouver British Columbia, it turned out that I teamed-up with another guy, and we began hitchhiking together. As we waited, I learnt he was from some kind of a Christian background, and knew his Bible quite well. But instead of using his knowledge to help me understand what it all meant, he tried to destroy Christianity with what he knew.

So, I said “God, if you exist, give us a ride with someone who knows the Bible and who will be able to answer this guy’s criticisms against Christianity.” Not long after that, within minutes in fact, a man picked-us up, and before we had time to say anything at all, he came up with: “I never pickup hitchhikers, but God told me to take you two in my car and give you a ride”. There was a Bible on the dash of his car, and right away we began talking about God. The other hitchhiker argued against everything the man said, just as he had argued with me. But later, when I tried really hard to not believe in God, because I did not want to change my life and abide by His ways, this story stuck with me. 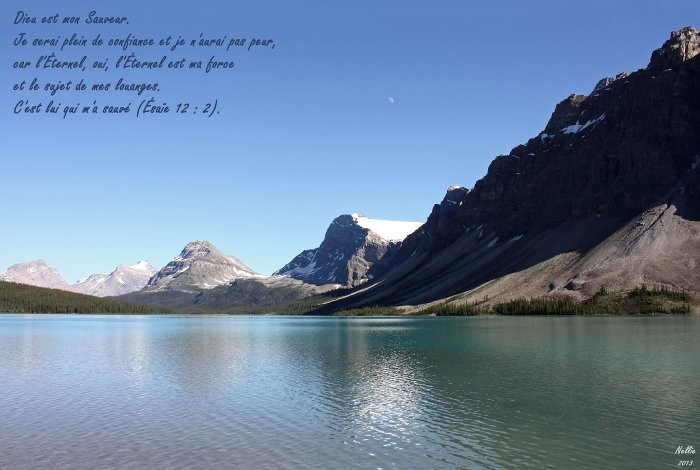 The Lord is my strength and my song (Isaiah 12v2, ESV)

Eventually I chose to repent and to obey God. That is when I right away got involved with evangelism on the Military Base I worked at at the time (Valcartier, Quebec) as a corporal in the Military Police. My conversion to Christ radically changed the way I did my police work, and since I was also patrol chief for the team of a few men I was leading, I imposed very strict conformity to the respect of any servicemen we had to arrest, even if they became extremely injurious against us. As a result, I got instant respect from the entire group of 50 or so Military Policemen, as well as from the civilians that worked for our Military Platoon, as for example, the secretaries.

Why this respect? Because I went from a bad-mouthed cursing-lad with a code of ethics that needed much improvement to a cleaned-mouth and cleaned-attitude person whom no one found anything to criticize against. In brief, I became perceived as very coherent in my new walk with Christ, and it gained me a lot of respect from everyone around…

At first, I was hoping God would not ask me to share my faith on the military base where I lived. But it only took a few weeks until huge doors opened-up for me, and I organized what could almost have been called evangelistic campaigns, going from tent to tent on the base and sharing the Gospel to anyone who wanted to hear. Even once, I went to the military base bar, where I talked about nothing other than what God had done for me by way of salvation, and what He could do for those listening to me. In that context, there was a woman who seemed very impressed with my testimony; she asked me a ride home after the evening, and invited me in, mentioning that her husband was away somewhere on military duty, and would not be back for a few weeks. Then I realized I had naively walked into some kind of a trap. As soon as I realized this, I left right away, before anything could develop that would destroy what I had said that evening.

One guy I had preached the Gospel to in the military quarters where we both lived found himself in the hospital, and had one of our common friend ask me to visit him. So I went. And while in that military hospital on the base, I preached the Gospel to his three roommates who all seemed to me very interested in what I had to say.

Then, a few days later, I was invited in the Military Police commander’s office. He gave me the order to stop talking about my religion while I was on the military base, whether I was on duty or not, because, as he saw things, I was misusing the authority that came with my rank and trade. To which I answered: “With all due respect, Sir, I cannot comply to this order, because it goes against what the Bible teaches.” He asked me to put this in writing, which I did. In my written statement, I assured my superiors that I was willing to comply to any order I was given that did not conflict with what God clearly taught in Scriptures.

A few days after that I was sent to a psychiatrist operating on the military base. My pastor had advised me to tell him nothing except that I had been sent there to be examined, and then to answer whatever questions he would ask of me, sticking to the facts, and not volunteering anything I was not being asked for. This was sound advice: my interview did not last long, and I was deemed “normal.”

However a couple of days or so later, I was discharged with a clause that went something like this : “developed a weakness that he refused to correct.” I immediately became involved in my local church on a full-time basis, then went to Bible school, and eventually started a small daughter Church, of which I was pastor. Ten years or so went by between this rerouting from the military to the ministry.

My life broke apart because there were issues I did not know how to handle. So I decided to leave the Christian ministry, and get a regular job for a living. That is how I eventually became a Technical Writer, communication analyst, and managing consultant (conseiller en gestion), for a large Quebec based consulting company which operates in the field of corporate computer systems management…

I kept going to Church all along, but my heart was not really there any more. I did feel however that it kept me in God, and protected me from turning away from the Faith. People still did find encouragement in what I shared with them, but deep down inside of me I was discouraged beyond words, with regard to the really important aspects of life, meaning, everything that has to do with Christian spirituality or Christian life.

Then, in 2008, everything began to turn around. We hired a Pentecostal believer to replace me in the job I did as a Technical Writer for the National Defence of Canada, as a consultant for the large Quebec company I mentioned earlier. But the work we had to do just happened to double in intensity during that time period, so that we ended up working together for over six months or so. My daily relationship with this believer did much good to me. We became friends, and shared about God and His work in our lives.

During that period, something really strange occurred to me which is really difficult to put into words. But God showed me very clearly that there was an area of my life that I had to repent from, as if I had to choose there and then between God and that sin. My immediate response was to choose God, repenting, and never returning to that which I repented from since that time on. Within the same month , perhaps even during the same week, I did feel that a weight was lifted away from me. The best I can do to describe it is to say that it was as if I had been living under an atmospheric pressure system that felt ten times lighter after this experience with God than before it occurred.

As people in the Community-Church I was participating at at that time observed the changes in my general attitude towards others, and especially towards my wife, they asked me what happened. And for the most part, I was unable to explain in a way that was even close to being adequate what exactly had happened to me. Now, at this point, I must tell you that I am the type of person who reads a lot. So books are and have always been an important part of my life. Amongst the books I read, I found one author in particular that helped me maintaining my life in the direction that God gave it in 2008. Here are two of his books that go in the general direction of what I am now living on a daily basis:

The above testimony was first published in thread titled Whats Your Testimony? I am reproducing here what I wrote there on June 17, 2014, editing it only very lightly as I go, in order to correct typos and respect the new context, which now is the present site.

You wish to get involved and ask about my testimony or share yours, please consider doing so at Christianity Board Christian Forum, under Whats Your Testimony? to which the above was my response. I will be happy to discuss the above with you there.

The above mentioned Christianity Board is a huge Christian Forum with many interesting topics and people to interact with. So don’t hesitate to get involved there. But, of course, we also would like you to feel more than welcome to join our nascient (as of this writing) trilingual Community of dialog about the Christian Faith (French, English, Spanish). In addition, you may share your response to this post in the comment box below, or join me through one of the other means mentioned under Questions or Comments.

Daniel Garneau, B Th, B Com, MA, is founder of site Savoir et croire .ca. His primary objectives are: encouraging Christians who lost hope in their capacity of living for Christ; fostering a better understanding of what Christianity is about; contributing to the dispelling of prejudices against those who openly identify themselves to Jesus-Christ in their daily lives and who dare talk about it; helping to increase the mutual acceptance between various Christian traditions who continue to hold faithfully to the Word of God.
View all posts by Daniel Garneau →
This entry was posted in Christian Testimony and tagged Bible, Knowing God Personally, Love of God, Prayer, Providence of God, Reading, Repenting from sin, Sharing about our Christian Life, Sovereignty of God, Turning away from sin, Word of God. Bookmark the permalink.